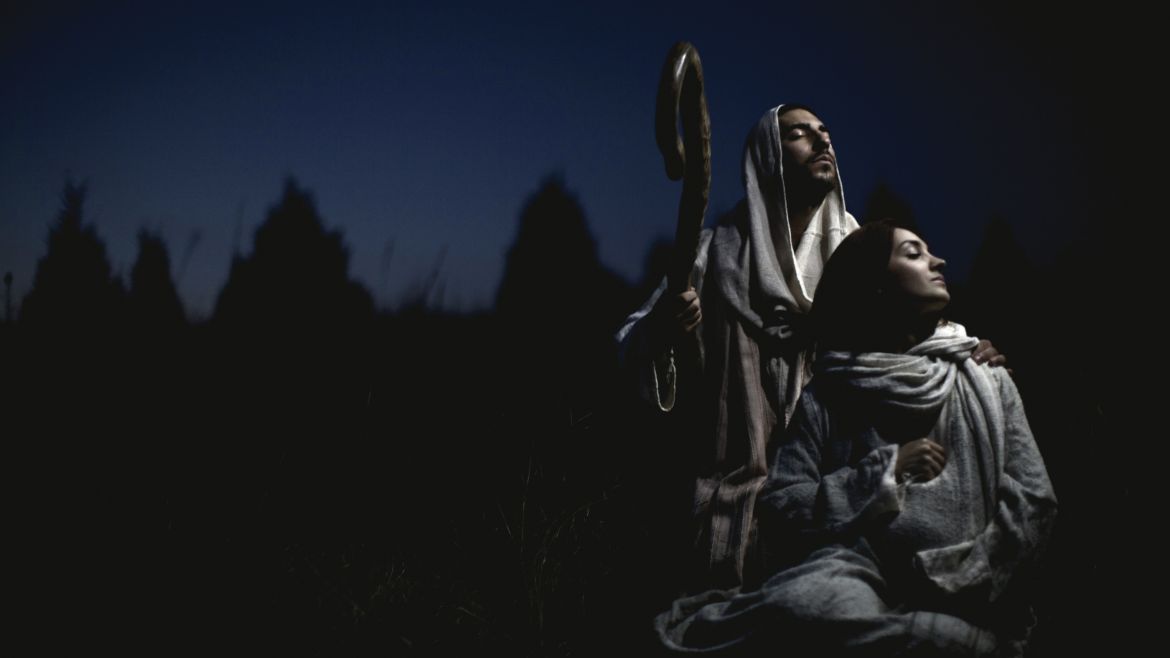 For people who are forced to be away from home at that time, employers often do their best to give their workers some festive cheer, whether they be in hospitals or care homes, at sea on oil rigs, or in the Armed Forces, maybe far away in a strange and often hostile land. Back in 1980 Jonah Lewie released a song called “Stop the Cavalry” with its recurring theme line, “Wish I was at home for Christmas.”

Christmas has become a time for a lot of travelling – but this time of year always seems to be ripe for disruption. In the past we’ve had weather problems, with freezing fog or floods. There have been large-scale rail engineering works during the festive season to bring considerable hold-ups – including to services to major airports! And, of course, industrial disputes cause disruption – as they are now!

But when we think of Christmas journeys, one story is perennial. Again, it was likely to have been a time of heavy traffic.

One story is perennial

In Luke 2, we read that Caesar Augustus had ordered the world of the Roman empire to be registered on a census. Some Bible translations read “to be taxed” – that’s because not only were people registered but their property was too. That information was then used as a basis for taxation.

Roman citizens could register where they happened to live without having to travel to the town of their birth. But out in the provinces, it was common for people to have to travel to their ancestral home district.

That was certainly the case in Palestine where Herod the Great, recognising that ancestry and genealogy were important to his subjects, required registration by Jewish tribal districts – with a personal appearance, not by post!

Now, Bethlehem may have been Joseph’s ancestral home, but it wasn’t home for him now. Every person went to “his own” town (v. 3), but Joseph and Mary’s “own town” (v. 39) was Nazareth in Galilee. So, Joseph and Mary were actually leaving home during this first advent season.

Bethlehem is called the “city of David,” in terms of being his hometown. And Joseph may have been a humble carpenter, but if the line of kings of Judah had continued uninterrupted by the inconvenient Babylonian and Persian captivity, he would have been part of the royal family (see Matthew 1:6-16).

Now, according to both Roman and Jewish law, only males needed to appear in person to be registered, so Mary hadn’t actually needed to make the journey from Galilee to Judea. Nazareth to Bethlehem was between 85 and 100 miles, depending on the route. A trip that might take a couple of hours by car today would have taken them 8-10 days on foot – especially since Mary was heavily pregnant. (And notice: there’s no mention of a little donkey!)

It may be that Mary decided that Joseph should be around when the baby’s born. Matthew 1:24-25 suggests that Joseph took Mary to be his wife when they were betrothed, and she was found to be pregnant. Of course, he knew the child wasn’t his and suspected foul play but was reassured divinely that there was something rather special about this pregnancy and that Mary hadn’t done anything inappropriate.

Mary and Joseph may also have travelled together simply because the Holy Spirit had convicted them that the child needed to be born in Bethlehem – according to prophecy (Micah 5:2).

In any event, the couple reached their destination, “home,” yet far from home. And while they were there – the length of time isn’t specified – Mary became mother to the Son of the Most High.

There lay the new-born King – not in a cot, nor a cradle; not even in a Moses basket, but in a container for straw from which animals fed. There lay the Lord of lords in His swaddling cloths on the hay.

We’re not sure how long Joseph and Mary stayed in Bethlehem. We know they must have been there for at least 40 days after the birth; Jesus would have been circumcised at 8 days old, and Mary would have spent 40 days in ritual purification, according to the Levitical law (Leviticus 12). After that the offspring and the offering would have been taken to the temple at Jerusalem.

Matthew’s account of the wise men’s visit probably took place after Jesus’ presentation to the Lord. They found Jesus and Mary in a house rather than the traditional stable location we’re familiar with. But, given that Herod didn’t want to share his kingdom, the couple were forced to flee to Egypt. Even after Herod’s death, Joseph and Mary may have intended to return to Judea but with Herod’s son, Archelaus, in charge, they went back to Galilee, to Nazareth, where they’d started their journey quite some time ago.

Yes, Christmastime certainly seems to be a time for travel – then as now! God ordained an imperial census to get people on the move. Joseph and Mary took quite a journey. Certain shepherds had not so far to travel.

Wise men from the east had the longest journey of all. But all that travelling centred around that Baby in the feeding box – our Saviour, our Lord.

We think of the many miles we cover when we travel to be near loved ones at Christmas – all to be home, or, at least, to be among people that make it like home.

What is Christmas about?

What is Christmas about? For some, it’s about parties, time off from work, excessive consumption, buying this year’s presents with next year’s income. For Christians, it has to be about Immanuel, God with us. It has to be about His lowly beginnings and His condescension.

Yes, Jesus had quite a high mileage entrance into this world between conception and childhood. But consider how far He’d come to get here at all. From the perfection and glory of Heaven to a darkened and sin-cursed earth. From the rulership of the universe to a poor man’s household in a town unlikely to have been in the top 20 best places to live in Palestine. From a heavenly family in which He was adored and worshipped by countless angels to a human neighbourhood which He chose to make His own but which largely received Him not.

Jesus wasn’t coming home that first Christmas. He was very far from home. And although we sing “Once in Royal David’s City,” although Jesus was born in Judea, He wasn’t known as Jesus of Jerusalem, the golden capital city of the Jews; nor even as Jesus of Bethlehem; but as Jesus of Nazareth, that dodgy town from which, it was reputed, no good thing could come. Luke (4:16) tells us He was raised there. And John (19:19) recorded that what was written on the sign nailed to the cross above His holy head was “Jesus of Nazareth, the king of the Jews.”

I don’t think it’s a coincidence that we have such “homely” feelings at this time of year especially. Jesus came to this world the first time as one of us to open the way for us to truly find our way home.

We don’t usually link the story of the prodigal son with Christmas, but once we come to our senses and see that there is a way home, and once we set out on that path, we know that there’s not just a Father eagerly waiting to have us home but an older brother too!

Remember Hebrews 11:13-16, where the faithful are recorded as having died without ever having physically made it to the promised home they’d been waiting for all their days? Like Jesus, they were described as “strangers and exiles on the earth,” “seeking a homeland,” “desiring a better country, that is, a heavenly one. Therefore God is not ashamed to be called their God, for He has prepared for them a city.”

Home is where Jesus is

Jesus told us (John 14:3) that if He left this earth for Heaven, which He did, He would come back again and would bring those who believe in Him home with Him. Home is where the heart is, they say. Home is where Jesus is.

Christmas is only wistful sentimentalism without the promise and assurance of the second advent.

Thank God if you can be securely and warmly sheltered this Christmas, with well-stocked cupboards and fridge-freezers, and welcome and loving company. Many don’t have access to that, no matter how far they might travel.

But remember too that when the lights and the baubles get packed away again, the hankering to be home may be suppressed by the resumption of work routines and January sales – but that desire is always there, ready to be rekindled the next time we think about wise men, mangers, shepherds, and unusually behaved stars.

And don’t forget, the true Star of Christmas is coming back as King of kings and Lord of lords to take those who’ve chosen to be part of His family home. Are you ready to go, no matter how far you may have to travel?

Are you and your friends ready to try something new? Something to bring hope and meaning? Sign up for “Try Jesus!” This is a 10-part Bible study series. Available for free online, in print and on Zoom (starting 20 December at 7pm.) Save the date and join us as we enter the Christmas season. https://adventistdiscoverycentre.org/tryjesus1/ 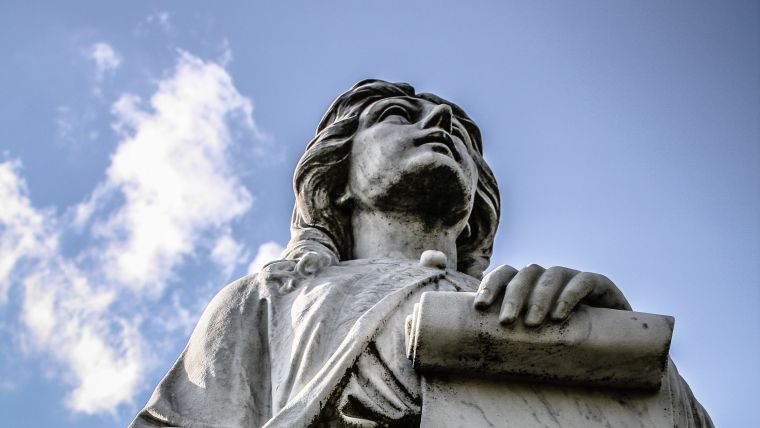 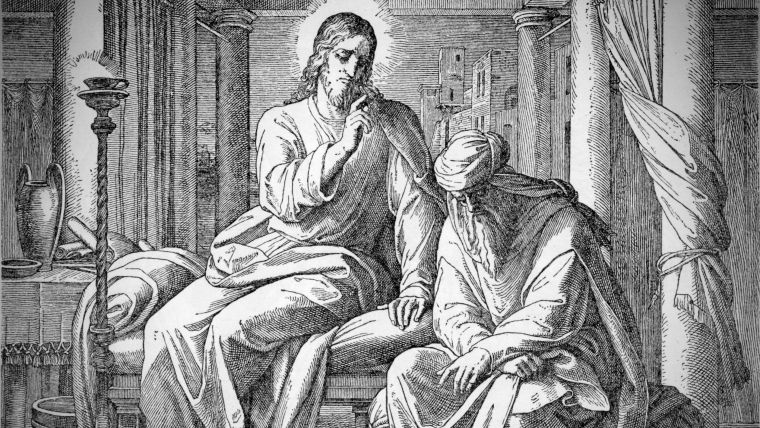 Can I discover God at my old age?